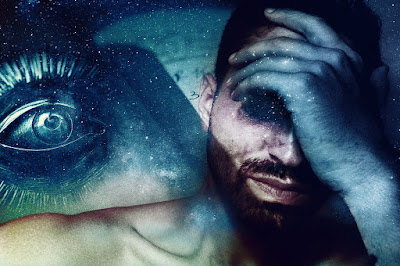 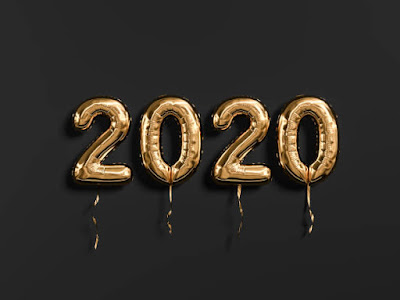 The year 2020 looks to be quite an interesting one to say the least! As we enter into a new decade, we are also entering into a new phase in humanity’s evolution and the year 2020 is sure to give us some prime examples of that evolution on all kinds of levels. We start the year off with a load of planets in the sensible and grounding sign of Capricorn. Combined with the numerology of the universal year (4), this gives us a nice foundation to begin the new year, not to mention the new decade! Add to that, the Moon will be conjunct Neptune in the watery and compassionate sign of Pisces bringing in the spiritual connection many are seeking at this time.

On January 10th, we have a full moon lunar eclipse happening in 20 degrees of Cancer and this could be quite an emotional one for some of us! Those most likely to be influenced by this are the cardinal signs of Capricorn, Aries, Cancer and Libra or those with personal planets and angles near 20 degrees of those signs. The effects of an eclipse typically lasts about six months so anything coming up for you now will most likely carry out through June. If you’re birthday is around this date, you are in for an important year ahead and it would be wise to seek out an astrologer to learn more about how it affects you personally.

The Saturn-Pluto conjunction happens on January 12th and this is some major energy as this happens only once every 34 years. This will have a lingering effect throughout the year. This is energy that gets things moving in a new direction, although rather catastrophically at times. These two planets bring with them the energy of slowly destroying the old foundations in order to make way for the new and this can sometimes hit hard.

On a global scale, we could likely see this in our financial systems as well as in our government, education, healthcare and other societal structures. Pluto has a tendency to bring everything out in the open eventually so we are sure to see some disclosure of information over the following months that might be of a shocking nature causing us to transform our views and most likely our societal systems. Considering that this is an election year, this should be very interesting indeed.

On a personal level, we might see ourselves needing to restructure our personal lives, ending relationships that are no longer beneficial, and making overhauls in our everyday lives. On the 13th the Sun joins up adding weight to this influence. Not to alarm you, but Pluto energy tends to be quite intense so it’s best to be prepared for the worst but expect the best with this energy as we need to learn to roll with the punches if we’re going to make the best use of it.

Also on the 13th, Venus, the planet of love, money and our desires moves into emotionally sensitive Pisces and we can expect to see more compassion in our encounters but we may also feel more emotionally vulnerable so be sure to practice some self-care!

On the 16th, Mercury, the planet of mental tasks, thought processes and communications moves into Aquarius for the next three weeks. This can give us all a mental boost with our thoughts moving at hyperspeed and our communications becoming more energized and perhaps even a little bizarre. After all Aquarius is ruled by the planet Uranus, the planet of the weird and unusual!

We’re going to have a lot of that Aquarian weirdness going on especially toward the end of the month. The Sun enters the intellectual and independent sign of Aquarius on the 20th and this has us shifting gears a bit. It’s not so much warm and fuzzy energy with Aquarius, but it is great energy for tackling mental tasks, stretching your boundaries, and making big changes that you want to last. A Sun-Uranus square on the 23rd adds more Aquarian energy which might produce some restlessness in some of us, this is a good time to step out of your comfort zone and try something different!

This Aquarian energy builds up toward the New Moon in Aquarius on the 24th. I know that the tradition is to make new year’s resolutions at the beginning of the month, but considering all of this Aquarian energy at the end of the month, it is a brilliant time for breaking with the old and inventing the new! Add to that we have the Chinese New Year in the year of the Rat happening on the 25th so we are all about the new right now! What changes need to be made in your life? Where is it that boundaries need to be pushed? What is old and outdated and needs to go? Where can you be more innovative in your life? And what haven’t you tried before? These are the questions Aquarian energy brings, so I encourage you to run with it and make those changes. After all, the only constant in life is, in fact, change and if we resist it, we only make ourselves more miserable!

On January 27th and 28th, the planet Neptune might create some cloudy thinking so it’s not the best time for making major decisions. Clarity is not available when Neptune is involved so if you do need to make a big decision, be sure to ask for advice from others as Neptune tends to make it difficult to see the whole picture. On the 27th, Venus gets in the mix and can really make for some rose-colored glasses experiences that end up in disappointment, especially when it comes to love and money so be on the lookout for anything that seems too good to be true because it most likely is!

Mars, the planet of action makes a square to Neptune on the 28th, bringing our physical energy levels down. This energy is best used by taking everything slowly and easily, take care of your body and go light on the alcohol and be mindful of any negative emotions that need your attention - don’t be afraid to process them. Come February, Mercury moves into Pisces as thoughts and words become a lot more emotional so take the time in January to tackle more of the mundane and intellectual issues in your life.

In numerology, we are looking at a number 4 universal year and January is a number 5 universal month. This denotes needed change in order to build something new - sound familiar? Yes, this energy very much resonates with the Saturn-Pluto conjunction energy we are going to see this year. It’s time for the old to go and to make way for the new. Freedom and independence are also factors in a number 5 month so we may see this play out on the collective as well as the personal level. Where are you feeling restricted and what can you do to help ease some of that tension in your life? Where do you need to allow for more freedom and how can you provide some for others? This month it’s a good idea to break with routine, try new things and to get more variety in your life.

Astrology and numerology are both universal and personal so planetary transits and numerical influences like the ones described above will affect each one of us differently according to our own personal charts. To see how it affects yours, book your appointment with me and I’ll be happy to read it for you. I offer both in person and online/phone readings. Learn more here.

I hope January treats you well despite the crazy energy going on this year. Remember to keep your head but follow your heart, but most of all, follow that wise yet quiet voice within you for it knows what is best for you and your journey. Have a great month and may the new year bring you good health, much love and lots of laughter.

May the stars guide you,