My Story So Far

Once upon a time, I was a stressed out, overworked, type A person with very little free time to do anything that I loved. I was a somewhat grumpy but eternally hopeful young woman with big dreams to one day become a famous writer. But I had issues. Issues which needed to be addressed. 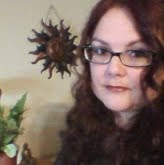 After experiencing a sexually and mentally abusive childhood, I coped by disassociating and tucking my emotions away in a safe place so I could maybe one day face them again. Little did I know those tucked away emotions would actually drive my behavior for many years to come. I sought solace in sex, drugs, two failed marriages and finally religion – many different religions. But none of these things really satisfied me, so I delved into my work and did my best not to think about the pain which lay just beneath the surface.

I was diagnosed with manic depression (now known as bipolar disorder - perhaps because it sounds less scary?) and obsessive compulsive disorder at the age of twenty. I was prescribed Prozac, Xanax and a number of other anti-depressants. But I never took them. Something inside me told me that prescription drugs wouldn’t help me, I felt that they would hinder me. So instead, I chose to suffer in silence.
​
Under all the stress, my body began to suffer and I developed a number of physical conditions. After several disappointing episodes with the mainstream medical world, I began seeking natural medicines to help me. But after trying some acupressure treatments for my TMJ disorder, I began to remember experiences which I had repressed since I was a child. I was haunted day and night by vivid memories of the abuse and the feelings of loss, betrayal, hatred and all the deepest, darkest emotions which followed me ever since childhood.

I sunk into an even deeper depression. In a fit of rage, I walked out of my job one day when my boss got after me about something minor. After that, I hardly got out of bed. I became an emotional eater. I smoked a pack a day. I spent my time playing World of Warcraft from morning to midnight. I was barely existing. I put my then boyfriend (now husband) through hell as he tried his best to help me and without him, I surely wouldn't have made it.

It took me eight more years of a deep depression before I was finally able to face my demons and deal with all the hidden emotions which had haunted me from my childhood. I had to allow myself to feel it, no matter the cost. I healed my trauma. And I did it without prescription drugs and I did it without a therapist. I made a decision that I wanted to be happy and I was going to do anything it took to get there. Making that decision changed my life dramatically. Thanks to my very supportive husband, Emotional Freedom Technique or EFT (also known as Tapping), a very gifted psychic, a prescription for medical marijuana and a very stubborn insistence to feel better, I feel that I have finally got a grip on my anxiety and depression. It no longer has its grip on me.

And then I found the answer I had been looking for all of my life.
​
It was the Law of Attraction as taught by Abraham Hicks. Although I had heard of the Law of Attraction eight years earlier (about the time I had entered my deepest depression), it never really sunk in. It wasn’t until many years later and after I had finally dealt with my sh*t, that I was able to really get it. It finally clicked for me and it clicked for my husband, Brandon too.
​
And that’s when things finally started to get better for me. Really better. I stopped trying to figure it all out and decided to follow my heart and my intuition for a change. I gradually dropped everything in my life that didn’t serve me and my vision of a happier state of being. I decided to leave my career as a web developer and started my own online business with my husband.

A few months later, we became minimalists. We sold our house, our cars and everything we owned. We bought a van conversion RV and set off on the road with our two cats. I had dreamed of traveling around the country since I was a teenager and I was finally able to live that dream. We wanted our freedom from the rat race. Our plan was to travel for the next few years, fulfilling our dreams of traveling and living simply as we learned to live happily ever after. We figured we would find the perfect place to settle along the way. We traveled from California to Florida and back. We had our online business, I offered tarot readings and we worked as workcampers at RV parks to help make ends meet.

As we traveled, we had the opportunity to meet several new people and share our message of happiness and joy and the importance of following your heart. We met with people from all walks of life, from different economic classes, from several foreign countries, from many different races, ages and gender identities. And you know the one thing we discovered that we all have in common? That every single one of us, though different on the surface, are connected through the very simple desire to be happy. We learned that when we are free to be who we really are without the pretense of what society tells us, we are amazing creatures capable of enormous love, compassion and generosity. The time we spent on the road, opened our eyes to the wonders of not only the beauty of our country but the the beauty of humanity and the love we are all capable of experiencing.

Two years later we faced a tragedy that would lead us down a new path. Unfortunately we had let our insurance lapse as we were planning on staying with family until the next workcamper position opened up in the spring and we wanted to save ourselves some money (we weren’t using the van during the winter). We were three weeks away from traveling again, when the van caught on fire due to a faulty battery in my laptop. We lost everything we owned, save for our two cats, ourselves and the clothes on our backs. In a matter of minutes, we found ourselves homeless, penniless and stranded in the rainy region of Washington state with no plan B. Fortunately, we were near family and they lovingly took us in.

But despite the turn of events, the two years we spent traveling and training ourselves in happiness helped us tremendously. In just a short amount of time, we were able to pick ourselves up again and start down a new path as the Universe obviously had other plans for us. I would soon learn that this delay to my traveling plans was partly for me to develop my psychic abilities in order to assist others like never before.

While I was on the road, I began to offer tarot readings again as a way to make ends meet. Amazingly, I found that I had a stronger connection to the universal forces after healing from my trauma. I discovered that my intuition had increased exponentially and I was now experiencing more clairvoyant and clairsentient information as I focused on my readee. I have always been more intuitive and empathetic than most people I've known, hence my social anxiety but this was different. I discovered that I was now "tuning in" naturally to people's energies and that I had an ability to "sense" things about them.

My intuition was telling me that it was time to make this more public. At first, I struggled with idea of becoming a professional psychic as I had a lot of my own misconceptions to clear around the subject but I eased myself into it by following my internal guidance. I took private training from two professional psychics for a year before I felt confident enough to make myself known to the public. And now, this is what I do for a living and I am overjoyed to be of service to others in this way. It truly is in alignment with my soul's desire and I feel honored to play this role in humanity's Ascension!

Through all of this, I have found a new level of understanding about life and a new understanding of what happiness means. I feel that the fire was a final “test” of my ability to practice mindful and joyful living. And it taught me an important lesson in non-attachment. At first, I thought it might get the best of me and I might finally give in to the tempting thoughts of suicide, but thankfully I found my way through the darkness in a relatively short amount of time thanks to my happiness training. I am a better person now because of what I've been through. I look forward to the new direction my life has taken and I know that no matter what, I will be OK.

The Law of Attraction is what started me on this new path. Now I want to share my experience and understanding with others because I want them to know that happiness is possible, living the life of your dreams is possible, and that there is nothing you cannot be, do or have.

Everything I share on this site is based on how I see the world. My knowledge is a blend of my understanding of: Quantum Physics and New Age Spirituality, the teachings of Abraham Hicks, the Law of Attraction, Buddhist philosophies, the Hermetic Principles, Astrological Magick, the teachings of channeled extra dimensional beings, years of informal religious and spiritual study and years of personal experience. I do not expect everyone to agree with me nor share a similar point of view. In fact, it’s better that you don’t because the diversity you bring with your unique point of view contributes to All That Is and we all gain by your unique perspective. Each one of us contributes to the greater knowing and understanding that is Life and we can all stand to learn more from one another.

The blog is a way for me to share what I'm learning and to talk about things which interest me. My energy readings and life coaching/mentoring are another way for me to help others understand their own lives and the power they have to change it if they want to. It is my mission to empower people with the knowledge that they are the ones creating their lives for when people suddenly realize and accept the Truth of their existence, lives must change and for the better. There are too many unhappy people in this world and it's time to change that. I have found a way out of the darkness of depression and I know that others can too.

My goal in life right now is simply to share my understanding and to spread the message of happiness, hope and joy in my own unique way. To me that is the most important thing we can learn. For the only thing that truly matters in this life is how you feel right here, right now. When you accept responsibility for your own happiness and begin to use your deliberate intent to create the life you want, then you are truly free. That is the message I bring to the world for this is how we will create the world we want to live in because the basis of life is freedom, the result of life is expansion and the purpose of life is joy.

Rachelle
Email ThisBlogThis!Share to TwitterShare to FacebookShare to Pinterest

Free me from Social Media